What is Scientific Translation?

GlobalSpeak is proud to be trusted by the scientific community to ensure accuracy in the translation of important research and findings that will travel around the world. While science itself may be considered a universal language, the words used to convey scientific ideas and concepts require translation to be understood by scientists of all different countries and cultures.

Maintain the Integrity of Scientific Research

The research that scientists conduct can unlock important truths about the universe and crack open new life-changing discoveries, but a lot can be lost when translated into another language if it is done incorrectly. There is no room for error in the translation of scientific texts. Scientific research is continually referred back to and used as sources for new scientific literature. Even many years after publication. These allows for the work to make its mark in countries far away from where the original research was conducted or discovery was made. However, if these quotes are poorly translated, they may end up misrepresenting the original research. 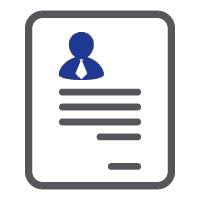 Get Started With a Free Quote 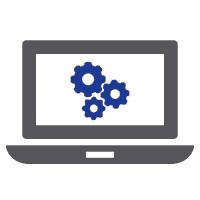 Trust the Experts for Scientific Translation

While other options may be cheaper, only high quality professional translation services are worth the investment. Technology for the translation industry continues to improve at an impressive rate, but none of its advancements have yet to bring it to the same level as what you can get from a real expert of scientific translation. Other methods of translation might cost you less in the short term, but GlobalSpeak Translations gives you an accurate translation the first time, drastically reducing the time and costs associated with the overall project.

All of our industry-specific translators are highly trained and up-to-date on the latest needs of their respective industries. Scientific translation at GlobalSpeak Translations is only handled by native-language translators who have a strong amount of scientific knowledge. The translator that takes on your project will be proven to be able to meet your precise needs, and an insufficient translation would be unacceptable. You can trust in receiving excellence from us, as we strive to deliver only the highest quality scientific translations, just as we have throughout our 25 years of experience in the translation services industry.

Our mission is to make it as easy and efficient as possible to get the scientific translations you need for the progress of science. You can learn all about our standard translation process below, but please do not hesitate to call or email us if you have a specific need that has not been addressed.

Every scientific translation project we take on begins with a quote. You can upload a sample of the documents you need translated, or you can upload them all. You should also provide us with information about the source language, target language, and any other relevant information. More information is always helpful for us, as it allows us to develop an accurate and reasonable timeline for your project.

As soon as we have all the needed information, one of our project managers will create a proposal and schedule for your project and send it to you for your review.

The scientific translator assigned to your project will then read and translate the original document into the target language, capturing the context of the document and using specific scientific terminology.

Our technical supervisor will review the translation's accuracy and syntax. We will make any necessary revisions before submitting the documents to you for your approval. If you would like us to make any changes to the documents, we will make them quickly and track all of the edits in our notes.

The project manager assigned to your project will gather all of the documents that have been translated and check to ensure that they meet all of your specifications. We will ensure that you receive your documents and that you are satisfied with the final result.

Choose GlobalSpeak For All Of Your Scientific Translation Needs!

GlobalSpeak Translations has been offering professional translation services for over 25 years to clients that trust and support us. Our scientific translations services are sure to be of a quality that can meet your high expectations.

If you’re ready to get started with a project for the translation of scientific texts, please fill out the form below. With all the information you can provide us on your translation needs, we will be able to give you the most accurate quote for our services.

We are certain you will not be disappointed with GlobalSpeak Translations. Get in touch with us today!

Speak With A Scientific Translator

Clear and effective translations require a translator with an industry-specific technical background and native language capabilities. Our goal is to ensure that your message is easily and correctly understood by your target audience.

Localization services help to take a brand's message to a global audience without losing the nuance of that message. Using native speakers, our localization process ensures brand consistency across borders.

Our transcreation team includes both linguistic experts and copywriters who all play a role in ensuring you do not lose your brand image, message, and identity. With a focus on marketing media, we strive to protect your message against the dreaded problem of "lost in translation."

Partnering with GlobalSpeak gives you access to our team of qualified interpreters that can deliver consecutive and simultaneous interpretation in a broad range of technical fields. Our interpreters are experts in fostering understanding while erasing language barriers.